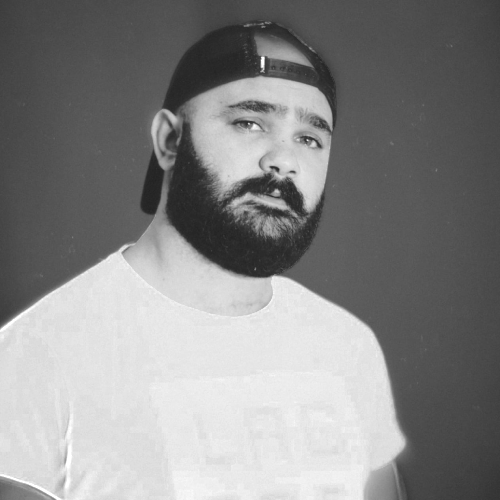 Biography:
Born in Akkar in February 1991, Toufic Melhem completed his studies with the Sisters of the Saints Hearts of Andket before moving with his family to live in Beirut. He obtained his baccalaureate and decided to make a double degree: a master’s degree in Fine Arts at the Lebanese University, and a bachelor degree in Interior Architecture at the American University of Education and Culture (AUCE). Then Melhem launched into the world of work, accumulating architecture and design projects, while developing his talent as a painter and sculptor. He participated in several collective exhibitions: at the Lebanese University in 2011 and others in 2016, at the cultural center of Sin el-Fil, and at the military school in Fiyadiyeh in 2017. Toufic Melhem also had a first solo exhibition entitled “13 Sequences of Life” — which included 13 sculptures and 13 paintings — in a saloon in Ashrafieh in 2018. In addition, he organized an exhibition with the “Sisters of the Good Shepherd” at the Municipal Palace in Jadidat Al-Matn in 2018; an exhibition in coordination with the Lebanese University’s Faculty of Fine Arts and Architecture, and another one with “The Heart of Friends Association” in Sherif Tabet Gallery Karantina in 2019. He participated in several joint exhibitions at the Gallery Sharif Tabet and The Art Loft in 2019. He is currently exhibiting his works at the Abssice Gallery in Ashrafieh.

Statement:
“The universe is now in a new phase, and it is difficult for me to express how severe this stage I am in, through these measures I wanted to express all the energy within me. In this boundless world, I hadn’t lived for so long in four walls as a prisoner. I began to look for ways to express the feelings and emotions I feel these days. After that, I started working on developing the idea of movement that I had been working on for two years and found that through it I would be able to express myself. After completing my first experiment, I was starting to feel relaxed, as I was very happy, and this was the main motivation that made me think more about developing my idea. The sculptures are varied in shapes and take a free and spontaneous movement. They entered the rhythm game and through rhythm they gained life, to suggest movement and express its emotional state and all the feelings. As for the movement, it wants to share with the viewer the amount of energy inside the sculpture, through the bends of simple lines using the iron wire of different dimensions, as these lines now draw a simple mental map and create a new frame for the scene that appears through it, creating its own identity. It also highlights the harmony between the sculpture and the outside world, as if it produces a sense of movement, depending on the illusion of sight resulting from the overlapping of geometric shapes that suggest it. The sculptures colors are also inspired by nature to indicate how important mother nature is and how we rely on it. From here we notice that the endless harmony between the components of the sculptural works begins with the elements of composition. We conclude that arts are important in changing thought, civilization, developing society, and creating new aesthetics. Moreover, these works were no longer associated with the artist, but they rather established their own laws, forming a new link between them and the outside world, namely nature.”