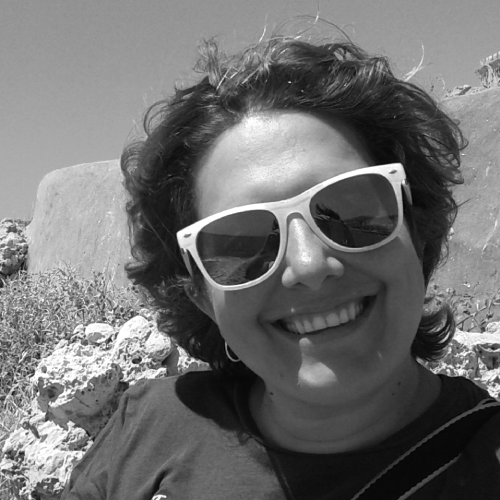 With studies in Cinema, Journalism, Photography, Sound Engineering and Communication, Nada Raphael launched her production company in Montreal in 2003, which allowed her to produce her own documentaries and to organize and present many photo exhibits between Lebanon and Canada (where she lived for 17 years).
With more than 15 years as a photographer, she co-created and co-published Hyphen Islam-Christianity in 2010; a project consisting of a book, a documentary, a photography exhibit as well as a series of conferences presented in more than 20 cities in the world. The project was born after the 2006 war that lasted 33 days. It tells the oral stories of how Lebanese – Christians and Muslims – live together in spite of religious and political divide, and it mostly aimed at changing the narrative of violence and war related to Lebanon, as well as presenting a different facet of a country that has a history spanning 6000 years.
This project directly led to the birth of Tourleb, a Socially Responsible Tour Operator aiming to promote Lebanon’s heritage through tourism and working on changing the image and the narrative related to Lebanon for foreigners and Lebanese alike.

As an engaged artist and passionate of her country, Nada uses her company to document all corners of Lebanon. Through Tourleb, she always looks for different ways to encourage local production & enterprises – with a focus on women-owned and family enterprises -, and helps highlight endangered, threatened and forgotten heritage and historical sites.
With feet solidly planted on the field, Nada has made of Tourleb a mission, much more than a simple tour operator. Her aim, through her engagement in her company but also in life, is to highlight the marvels of the country and to help promote them – even if at first glance, one would not think of some sites as « touristic » – even more so if the site is forgotten and dirty and abandoned. Her idea is that no one cares about a site they don’t know. But people talk about a gem that is ignored by a municipality. People take pictures, proud to be among the « first » to have seen a forgotten historical place. This type of positive attention will attract more attention, and maybe will lead to a site being restored – or at least cleaned to welcome more visitors.
Through Tourleb’s lense, Lebanon is the main object of photography and attention. No matter the circumstance. So after the 4th of August Blast, Tourleb was part of the action and helped coordinate the distribution of financial support, while Nada was on the field, working with people and NGOs to see where and how help was needed. With her camera she recorded the damage, the traumas, the destruction. She interviewed people, listened to the stories… Because remembrance is only kept alive through travels, and sharing stories – and History – and experiences.